Georgius Everhardus Rumphius was born in central Germany in the middle of the Thirty Years War. Despite the uncertain times, his father managed to scratch out a living as an engineer, and as a consequence, Rumphius enjoyed the luxury of an education. As a young man, Rumphius decided to leave Germany for Venice, but actually found himself — against his will — on a Portuguese ship. He eventually made his way back to Germany, though he left for good after his mother died. He signed on with the military branch of the Dutch East India Company and moved to the Indonesia.

The Dutch East India Company was, during Rumphius's lifetime, the biggest private business in the world. It had gradually transformed from a mercantile company to a colonial power and, in between treaties, it warred with the other regional power: Islam. Dutch and Muslim militaries took turns invading various islands and punishing the local population for cooperating with the enemy. With help from a Dutch governor, who waived his official duties, Rumphius eventually traded in his military assignment for a civilian one. He settled on the island of Ambon, where he spent the rest of his life. As the years passed, he devoted more of his time to natural history. Nicknamed the "Indian Pliny," he became an expert on the local flora, fauna and geology.

Rumphius never enjoyed a very easy life. He lost his vision at the age of 42. Modern medical speculation blames his vision loss on cataracts or glaucoma. Not long after losing his sight, he lost his common-law wife and youngest daughter to an earthquake. He kept documenting flora and fauna but when he dispatched his multivolume work on Ambonese natural history to Europe, the ship sunk after an attack. He got to work rewriting, with the help of his surviving daughters. Then a fire destroyed his library and damaged his manuscripts. Under apparent pressure from his employer, Rumphius sold a big chunk of his shell collection to the Grand Duke of Tuscany, Cosimo de Medici III. Rumphius was of course compensated for the collection, but the money was little consolation. He cared more about his shells. 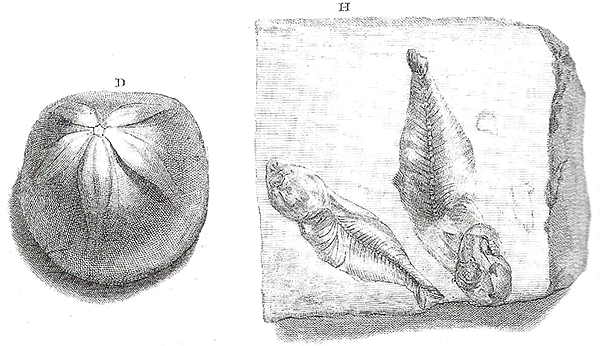 But despite the difficulties, Rumphius managed to remain productive long after losing his sight. By relying on scribes and a variety of artists, he managed to produce exceptionally detailed manuscripts. His greatest work was the Herbal, consisting of 1,661 folio pages and 695 plates. It was not published until well after his death. Rumphius also produced The Ambonese Curiosity Cabinet, describing hard and soft shellfish, rocks, minerals and fossils. It, too, was not published until after he died. Two other books he wrote about Ambon weren't published at all; the Dust East India Company concluded that they divulged too much confidential information.

Between the time that Rumphius completed his Herbal and its publication, much of it was appropriated by Linnaeus. Linnaeus had the good luck to live in the same house as Johannes Burman, Rumphius's editor, putting the aspirational young species-namer in close proximity to Rumphius's notes. Latin names for plants and animals preceded the 18th century and preceded Linnaeus. He "borrowed" from Rumphius quite a lot. 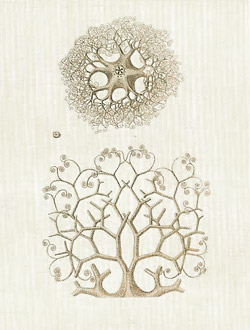 From A Butterfly Journey by Boris Friedewald

Although Rumphius was very much a man of his time in some respects, believing the biblical flood could explain all fossils for instance, he exhibited an attention to detail not often matched during the 17th century. In The Ambonese Curiosity Cabinet, he followed up precise descriptions of animals with cooking instructions, or warnings that the animals were inedible. Part of what made him an extraordinary natural historian was that he was willing to listen to locals. He passed along, for instance, their warning that mollusks with smooth, attractive shells were usually unsafe to eat. The locals, in return, respected him. When, a century after his death, some Brits destroyed his grave in search of buried treasure, the local Ambonese were shocked, and avoided the area afterwards considering the desecration bad luck.

The language that Rumphius used was a reflection of a culture unaccustomed to exotic animals. He described the nautilus as a fish living in its own boat: "When it notices any kind of danger or ambush, it will pull all its flesh on board, turn the stern up, so that the little boat will take on water, and in this manner it goes to ground." He also observed (accurately), "With its little paws it grabs hold of bits of wood, which it finds in the sea, and with which it goes afloating."

Rumphius didn't write his books in the arid, analytical prose used for scientific papers today. Instead, his work was fun to read. Of the hermit crab, he wrote:

These little quarrelsome creatures have caused me much grief, because when I laid out all kinds of handsome whelks to bleach, even on a high bench, they knew how to climb up there at night, and carried off the beautiful shells, leaving me their old coats to peep at . . . If one wants to chase them out of their houses, hold a glowing coal against the tail end of the shell, when they feel the heat they jump out, though some would rather burn . . . When after many fine and dry days there is some rain, they will crawl at night into the houses and rooms of people, and make such a din, that if one is asleep one is forced to wake up thinking that there are billy goats in the room.

Narrative text and graphic design © by Michon Scott - Updated May 21, 2022