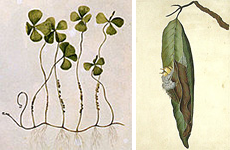 When the 25-year-old Joseph Banks boarded the Endeavour with James Cook, to observe the transit of Venus in Tahiti and find the great southern continent Terra Australia Incognita, he brought with him, among others, two artists. Alexander Buchan came along to paint portraits, artifacts, and figure scenes. The other, Sydney Parkinson, was to paint natural history objects. The son of a humble Scottish brewer, Parkinson had come to Banks's attention thanks to his admirable botanical illustration skills.

Much could go wrong on 18th-century ship voyages, and much did on the Endeavour. Alexander Buchan died from an apparent epileptic seizure shortly after the ship reached Tahiti. That left Parkinson to illustrate all the specimens Banks collected, with only a little help from Banks's secretary. Tropical temperatures and a rocking ship added to Parkinson's challenges as he tried desperately to keep up with the collections of plants, marine and terrestrial animals, and sea birds. According to some accounts, bugs ate pigments off the paper at the same time Parkinson tried to paint.

Despite the adverse conditions, Parkinson sketched and painted heroically. A diary entry from Banks in May 1770 indicated that Parkinson had completed 94 sketches in just 14 days. Likewise, crew members recalled that the diligent young man would work all through the night. More than simple sketches, Parkinson's works usually also contained detailed notes on colors, with the expectation that they could be added after he returned home. Buchan's untimely death meant that Parkinson became the first professional Western artist to set foot on what is now known as Australia. 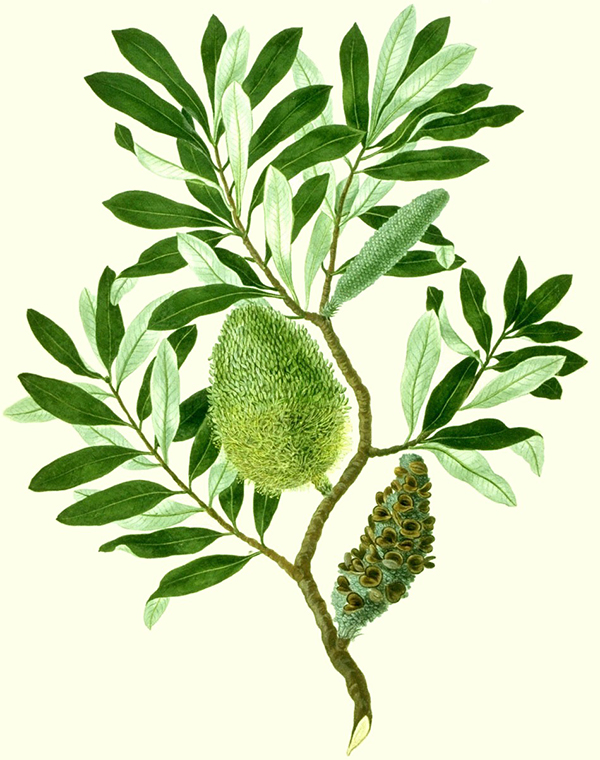 When the Endeavour arrived in Batavia (now Jakarta), Cook decided to stop for badly needed repairs. For many members of the crew, that decision proved fatal; the ship's company contracted malaria and dysentery. Seven men died in Batavia. Twenty-three more would die before the ship reached Cape Town, and Parkinson was one of them.

Cook returned to England a hero, and Banks more so. But much of what brings the trip alive today are the illustrations Parkinson produced in what would prove to be the last few years of his life. Upon returning to England, Banks found he had a stormy relationship with Parkinson's family, particularly Sydney's brother Stanfield. Disagreements ranged from who had the right to publish Sydney's illustrations, to who had the right to take possession the objects he collected. Banks paid Stanfield his late brother's wages due, but otherwise won the disputes, and Stanfield Parkinson eventually died in an asylum.

Journal of a Voyage on His Majesty's Ship, the Endeavour was published in 1773, and it was based on Parkinson's journal. The section on Tahiti was especially vivid, thanks to Parkinson's attention to the details of Tahitian daily life. Parkinson was not even 30 years old when he succumbed to illness, but by the time he died, he had produced 280 paintings of plants, and some 900 sketches of plants and animals. Among them was a charming watercolor of a cluster of tailorbirds who make their home in giant leaves folded and stitched together (shown above). Also included in Parkinson's work was perhaps the first European sketch of an iconic Australian animal, the "kangaru."