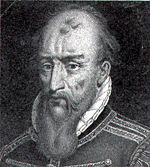 The work of French potter Bernard Palissy was so admired that in 1563 he was named King's Inventor of Rustic Ceramics, and in 1567 he was summoned by Catherine de Medici — who dubbed him "Worker of the Earth and Inventor of Rustic Ware" — to decorate her palace. He even did the lecture circuit, but the road to all this adulation wasn't easy.

Born in southern France around 1510, Palissy worked as a painter and surveyor before he one day spotted "an Earthen cup, turned and enameled with such beauty that I was immediately transfixed." He may have seen the cup around 1540, and he spent the next several years trying to make perfect ceramics of his own. According to his account, at one point, he was so poor and desperate that he fed his kiln with the wooden tables and floors of his own house. Art historian Martin Kemp has stated that Palissy's account may be "less than reliable," and the simple fact that Palissy's wife didn't kill him for torching all their furniture supports Kemp's contention. Entirely accurate historian or not, Palissy eventually found fame, not to mention the ability to support his family effectively, for a type of pottery that contained no dainty white cups. He coated his plates with life-sized replicas of amphibians, reptiles, shells, bugs and plants.

The plants and animals in Palissy's pots were so accurate because he cast them from life, and ingeniously avoided leaving any indications of harm to their soft tissues. Palissy wasn't the first to cast animals from life, but his work was particularly prized, and he jealously guarded his methods, glossing over the details in any written accounts. He swore his sons to secrecy and reneged on a promise to disclose the secret to his son-in-law. For over 40 years, he took the same basic approach to his work, making one pond scene after another. Some have criticized his seeming lack of creativity, but to Palissy, a pond was more than a pond. It was the site of putrefaction and, from putrefying matter, the generation of new life, especially frogs. (Spontaneous generation was a widespread belief in his day.)

Palissy might have lacked a modern understanding of some aspects of biology, but in understanding the process of fossilization, he showed impressive insight. He observed a freshly dead sea urchin, noting the lumpy ornamentation on the animal's central body after its spines fell off, and applied this knowledge to identifying fossil urchins. He also accurately identified a fossil rudist as a bivalve and realized the species no longer lived, though he blamed its demise on overfishing.

Maybe it was no coincidence that a man who cast models from life would think about how fossils form. He might have gained insights from the work of others, possibly from pirated copies of Leonardo da Vinci's writings, or he might have figured out fossils on his own. While many of his contemporaries collected a few "figured stones" along with all the other weird objects they could find for their curiosity cabinets, he focused his collection on fossils. His searches for ceramic materials acquainted him with many kinds of specimens, and he saw that they were formed in much the same way as pottery. Putrefaction and petrifaction were just different sides of the same coin to Palissy and, depending on the circumstances, an organism might rot into slime or leave its remains for posterity.

Palissy was among the first to argue for the organic origin of fossils.

And because there are also rocks filled with shells, even on the summits of high mountains, you must not think that these shells were formed, as some say, because Nature amuses itself with making something new. When I closely examined the shape of the rocks, I found that none of them can take the shape of a shell or other animal if the animal itself has not built its shape.

Referring to salts and "congelative water," he discussed the petrifaction process, and even ventured that a human body could be petrified in the same way as other remains.

I am quite sure that if the body of a man were interred in a place wherein there is some dormant water, among which place there is congelative water, which forms crystal and other metallic and stony matters, that the said body would petrify: because the congelative germ is of a salsitive nature, and the salt of the body of the man would attract to itself the congelative matter, which is also salsitive, because of the affinity that is between the kinds, they will come to congeal, harden, and petrify the human body.

You could think of his understanding of petrifaction as a work in progress, but it was impressive for the time. Probably because he only partially understood the fossilization progress, he discussed the petrifaction of the whole body rather than the teeth and bones, and passed along an account of "the foot of a man petrified." 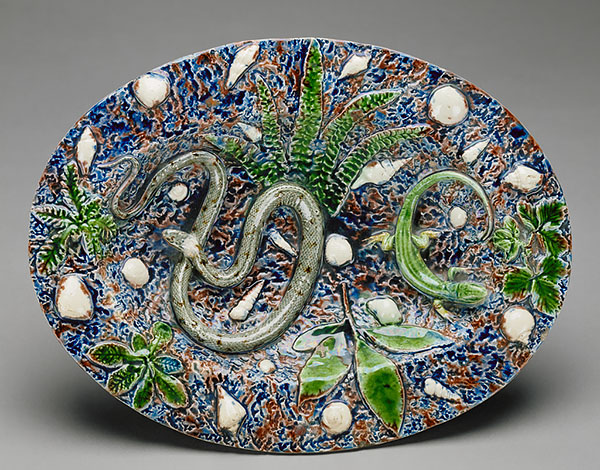 Hand-in-hand with insights about fossilization came a keen understanding of the Earth's water cycle. Since the time of the ancient Greeks, naturalists had puzzled over why streams and rivers kept emptying into the ocean, which somehow never filled beyond its capacity to accept more water. Perhaps the world's ocean funneled water into springs via subterranean channels? No, Palissy argued. Springs were fed by rain, and often dried up during the dry season. Rivers and streams kept running because the water took time to infiltrate the waterways.

Looking at the behavior of both fossils and water, Palissy rejected the idea that the biblical flood could have deposited all fossils throughout the world, even on the highest mountaintops. Logic told him that rainwater can't float seashells. But this stance put him in a shaky position because the fossil shells he found well above sea level resembled marine — not freshwater — species. Palissy got out of the difficulty by suggesting the fossils had come from inland lakes that had somehow been salty. He didn't escape every theological tight spot quite so easily; more than once, he was imprisoned for his Calvinist beliefs. Being an alchemist didn't help him avoid accusations of heresy, either. After two especially difficult years of imprisonment, he died in 1590.

Palissy made the best he could of his time in prison, writing admirable dialogues on Earth science in 1563 and 1580, and taking pride in his status as a "man without Latin." (The claim was likely a bit disingenuous; he owned plenty of books and was well read, though his beliefs were largely shaped by his vernacular Bible.) The dialogues he wrote were debates between Theory and Practice. Practice won every single debate. Clearly even the worst situations didn't dampen his self-confidence.

. . . I have found grace before God, who has revealed to me secrets which until now have remained unknown to men, even the most learned, as may be ascertained from my writings . . .

His work as a naturalist went largely unappreciated until the 18th century, at which point, some historians have argued, it became over appreciated. Palissy did not, for example, accept that the world's oceans could have stretched inland from their current locations, partly due to his acceptance of scripture. And some of the "Palissy ware" plates sporting fossil shells that have burnished his reputation as a proto-paleontologist were actually made by others long after his death.